skip to main | skip to sidebar

MAGUL MAHA VIHARA
Between Buttala and Pottuvil and situated at Lahugala, famous for large herds of elephants even during the day, is the ancient Magul Maha Vihara built by King Dathusena between 516 -526 BC. Later, Vihara Maha Devi wife of the Parakrama brothers renovated the jungle covered shrine and installed one

of the most exquisite moonstone carvings in Sri Lanka. The above information was found in a rock inscription dating back to the 14th century AD. You will be amazed by the extent of the ruins and their exquisite design.
Arugam Bay is well known among the serious surfing community, but the perfect wave is only one of its attractions. Dolphin pods, beloved of the local fisherman, often play in the bay, and the surrounding country is thick with wildlife, birds and extensive monastic ruins. Sastharvila, Kudumbigala, Muhudu Maha Vihara and

Tarulengala are ancient Buddhist ruins in the vicinity dating back from the timeless past. Nearby Okanda, an important (though isolated) Hindu shrine, is on the pilgrim route from Jaffna in the north to Kataragama. Okanda is also the gateway to famous Kumana Villu, where water birds nest, and the Yala east national park with miles of unexplored golden beaches.

Rajagala, the Monarch's Rock, is a rugged, mysterious and thickly forested mountain in the sparsely populated and rarely visited part of Sri Lanka. The history of the place is unknown but monks must have inhabited it before the 1st century BCE. All over the northern summit of the mountain are extensive ruins still awaiting excavation and recovery from the thick jungle. Amongst the ruins are two most interesting antiquities.

The Rock Bawl in Rajagala

The first of these is a large and beautifully made stone bowl. Further away and in very thickjungle is a huge block of stone some 16 feet long with a Buddha image carved out of it. The unique thing about this image is that it is half finished. All the lines on the statue are straight and at right angles to each other and there are no details. It seems that apprentice sculptors did the work up to this stage and then the master was supposed to round it off, fill in the finer details and do the finishing touches, only in this case for some reason he never finished the job.

How To Get There
Rajagala is near Bakkiella which is on the road between Ampara and Maha Oya some 23 km north of Ampara.

Posted by urumaya at 9:14 AM No comments: 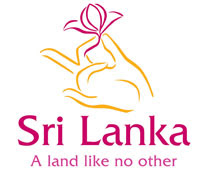